The biggest bargain on every MLB team

High-priced stars usually get most of the attention, but great teams need a few bargains to enable big contracts. These players are the biggest bargains on their respective teams. 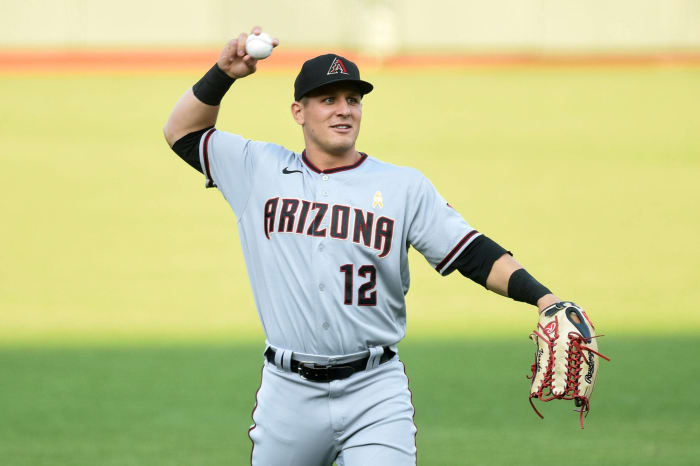 Most teams are desperate for foundational players up the middle, and Varsho is capable at both catcher and center field. The former top prospect posted a .755 OPS last season and has the athleticism to play either position while making near the league minimum. 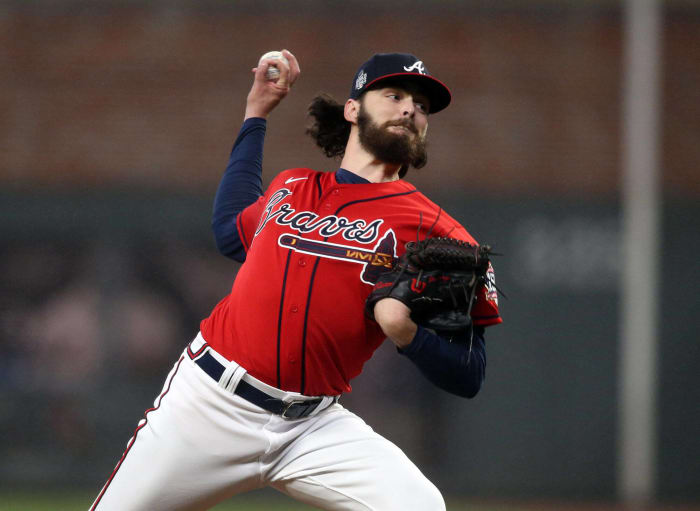 Atlanta’s roster is loaded with young talent, seeing the fruits of a great farm system. Anderson played a key role in 2021, his first full season in the majors, with a 3.58 ERA in 24 starts. The former first-round pick will still be making near the league minimum salary for a while. 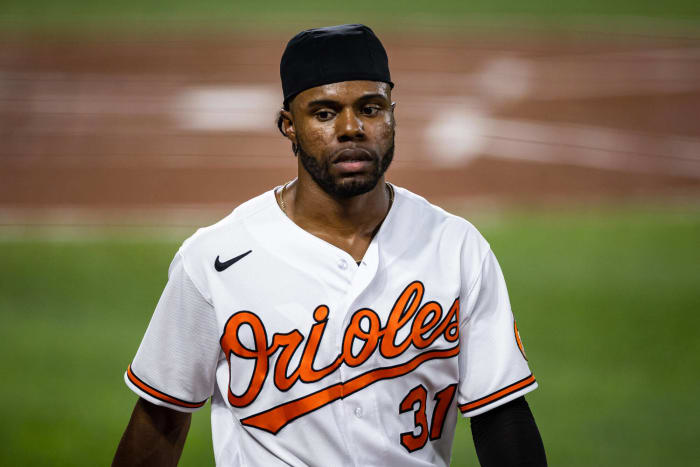 Mullins is one of the few franchise players on the Orioles roster, proving his bat by hitting 30 home runs with an .878 OPS last season. The All-Star isn’t eligible for arbitration until after this season. 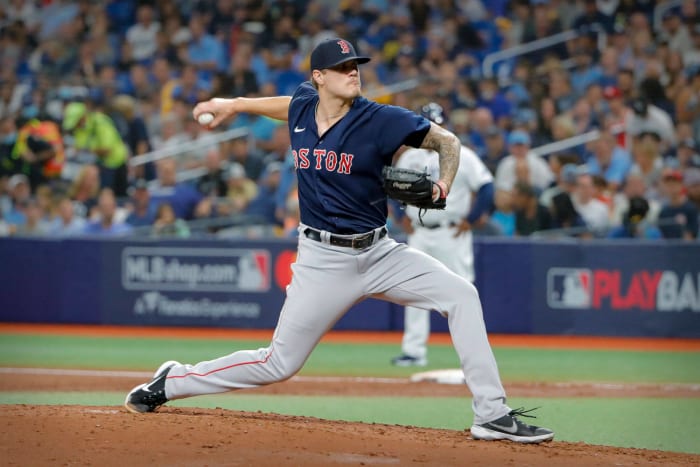 Houck has proven to be a bargain as a late first-round pick in 2017. The sidearming right-hander had a 3.52 ERA over 69 innings as a swingman last season and should see more innings this year while making near the league minimum. 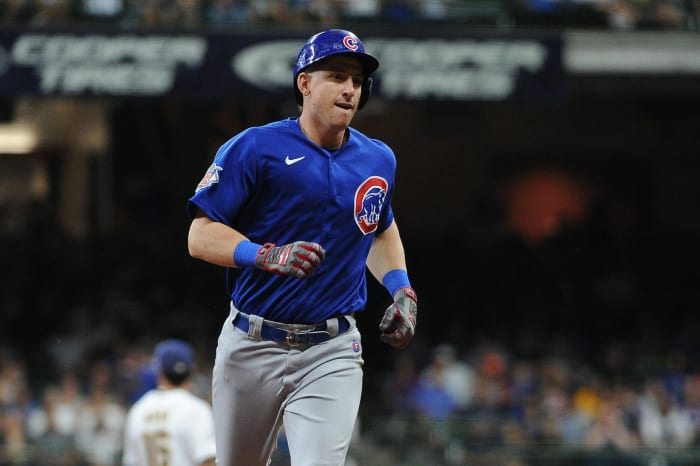 The Cubs have quite a find in Schwindel, a 29-year-old minor league veteran who showed what he could do with full-time at-bats last season. He hit .342-13-40 in only 56 games with the Cubs and is penciled in as a regular in 2022 while making near the league minimum. 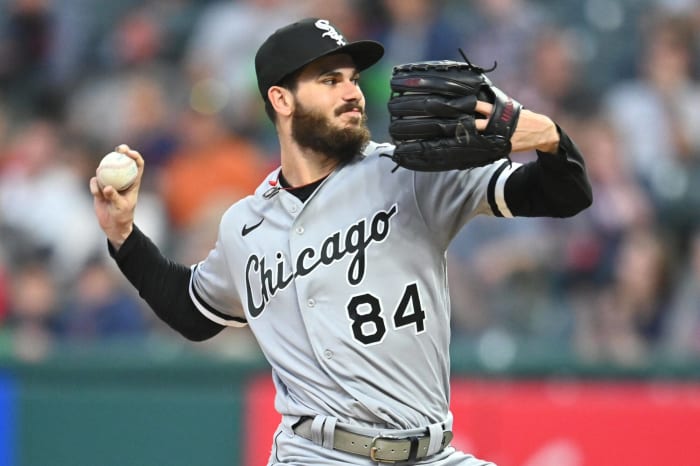 Cease had plenty of hype as a prospect and is already starting to back it up. He went 13-7 with a 3.91 ERA and 226 strikeouts over 165.2 innings last season and isn’t arbitration-eligible until next year. 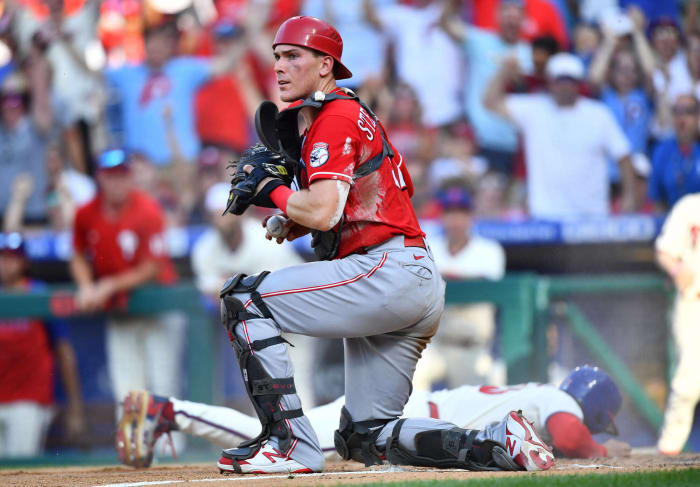 Stephenson’s emergence behind the plate allowed Cincinnati to move on from long-time catcher Tucker Barnhart in the offseason. The 2015 first-round pick showed off an impressive bat in his rookie season, hitting .286-10-45 in 402 plate appearances, and he isn’t arbitration-eligible for another two years. 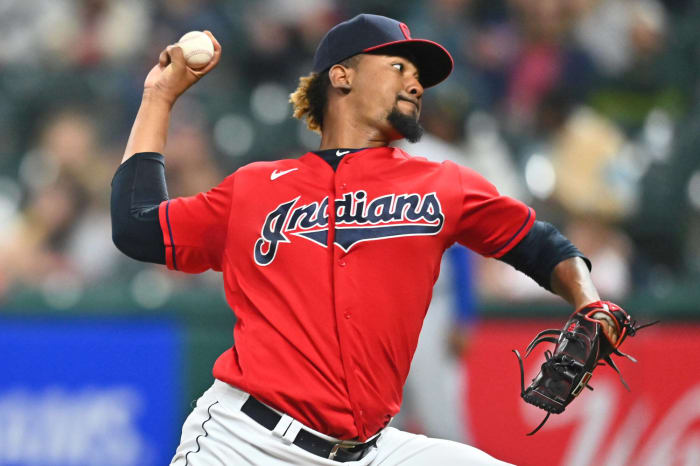 The hard-throwing Clase has quickly become an elite closer with a nasty sinker. He posted a 1.29 ERA with 24 saves in 69.2 innings for Cleveland last season, finishing fifth place in the AL Rookie of the Year voting. Clase will be arbitration-eligible in two years. 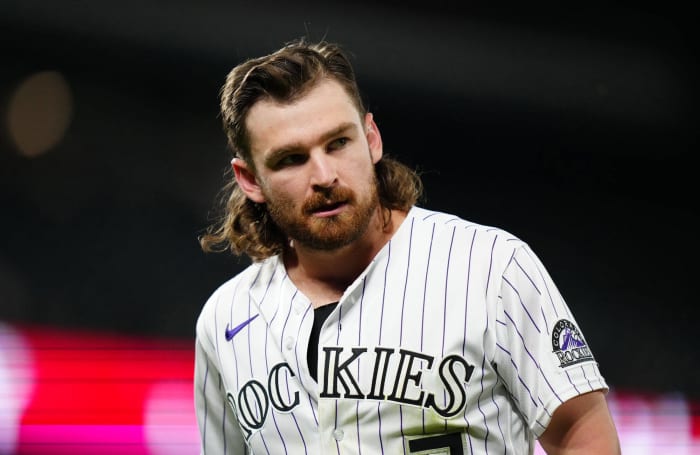 Following multiple injuries, Rodgers finally established himself in the majors last season hitting .284-15-41 in 102 games. Slated to be the team’s starting second baseman in 2022, Rodgers won’t be arbitration-eligible until next season. 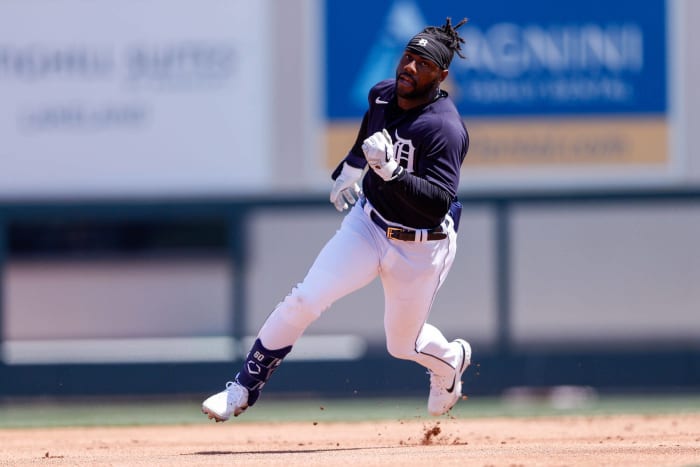 Baddoo was a steal for the Tigers as a Rule 5 draft choice last season, eventually emerging as the starting centerfielder. He had 13 home runs and 18 stolen bases in 124 games and is arbitration-eligible in two more years. 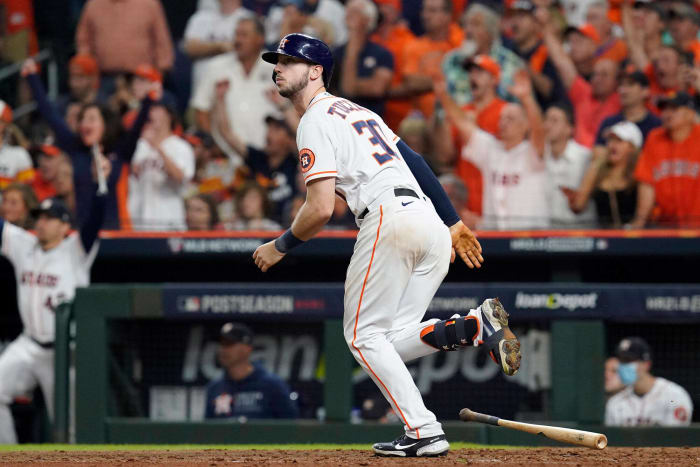 Tucker became a breakout star for the Astros in 2022 after several years shifting between the minors and Houston. He launched 30 home runs and posted a .917 OPS, and he isn’t arbitration-eligible until next year. 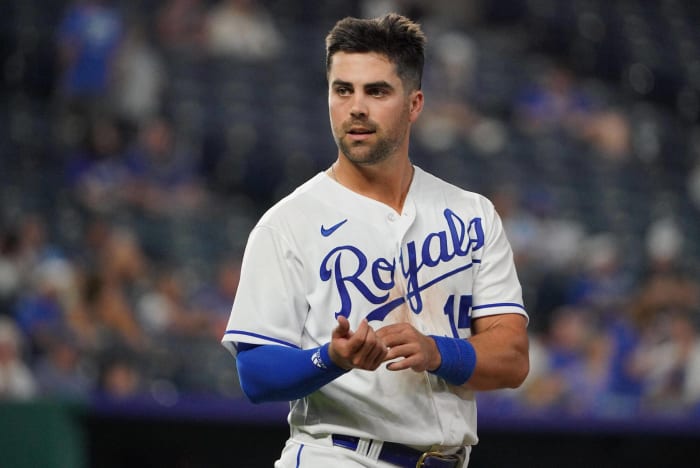 Merrifield has been one of the faces of the Royals franchise since he was called up in 2016, but he still comes at a minimal cost. He led the AL in at-bats, doubles, and stolen bases as the leadoff hitter, yet Merrifield has a base salary of only $2.75 million in 2022. 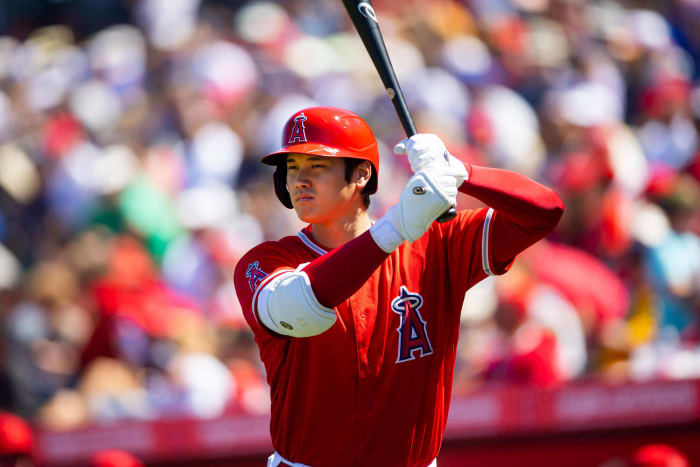 There probably isn’t a big enough number to show Ohtani’s value as an elite two-way player, but he’s a particular bargain for the Angels. He won AL MVP last year and is set to be paid only $5.5 million this season. 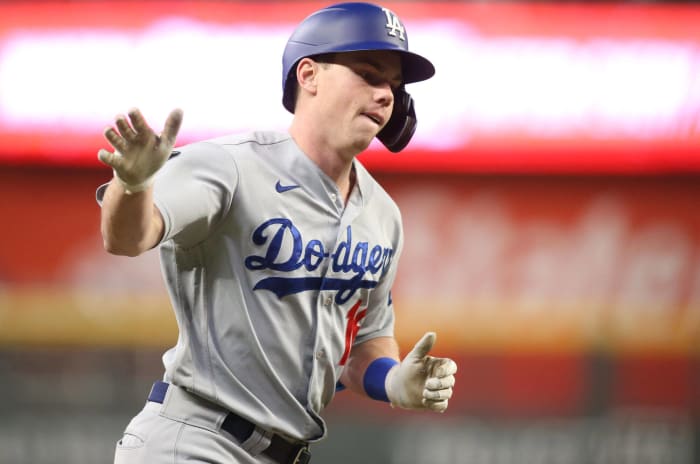 Smith is one of the best players the elite Dodgers farm system has produced in recent memory. He hit .258-25-76 last season while playing excellent defense, and won’t be arbitration-eligible until next year. 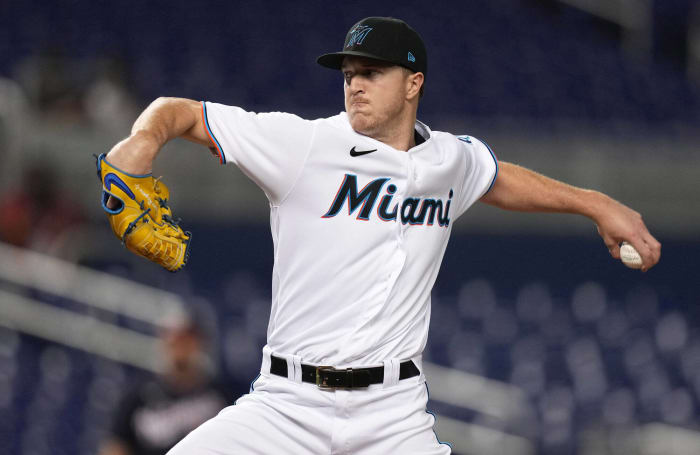 Rogers emerged as the best of a long line of great, young arms in Miami last season. He posted a 2.64 ERA in 25 starts, making the All-Star Game and finishing second in the NL Rookie of the Year vote. The Marlins don’t have to worry about Rogers being arbitration-eligible until 2024. 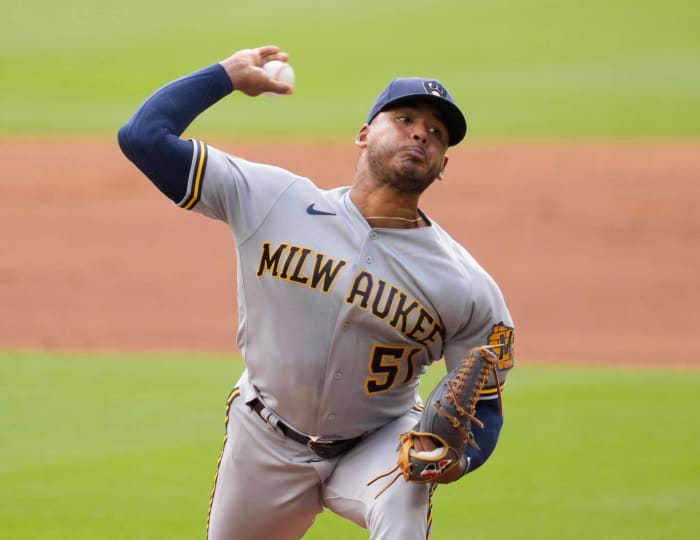 Peralta was Milwaukee’s third ace behind Brandon Woodruff and Corbin Burnes last year, going 10-5 with a 2.81 ERA in 144.1 innings. He’s fanned over 12 batters per nine innings for his career and remains a huge bargain for the Brewers after they signed him to a five-year, $15.5 contract in 2020. He will earn about $2.5 million this season. 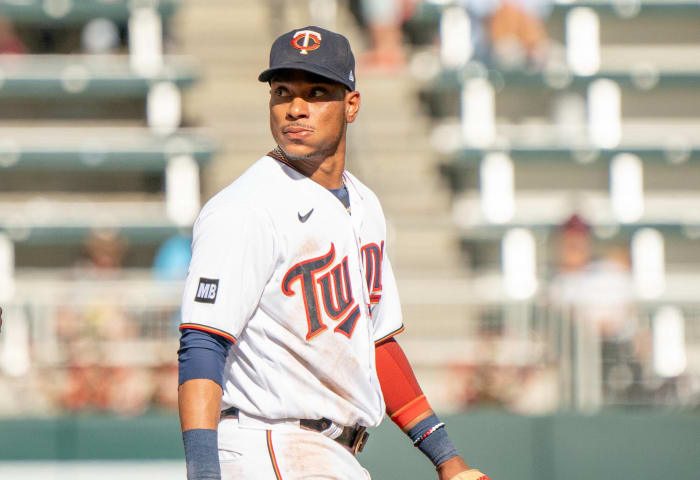 Polanco was a good player before last season, but he became an elite one at the plate in 2021. He hit .269-33-98 with 11 stolen bases, proving to be a foundational player for the Twins. Polanco remains relatively cheap, making only $5.5 million this season. 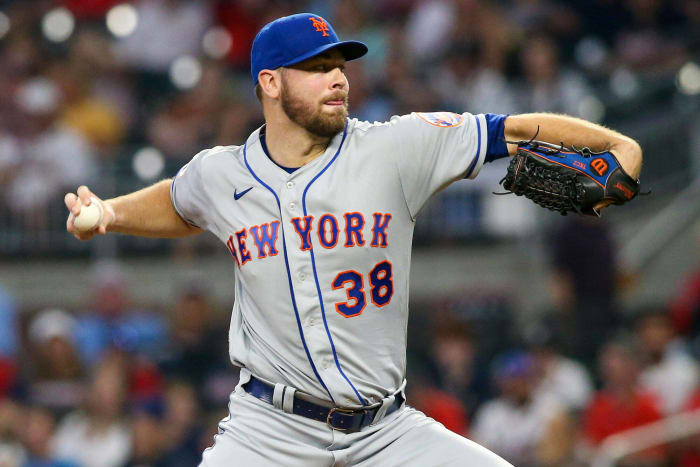 Megill emerged at the back of the Mets’ starting rotation last year, with a 4.52 ERA in 18 starts. His underlying numbers showed an even better pitcher, including 9.9 strikeouts per nine innings. He earns the league minimum while the team pays the likes of Max Scherzer, Jacob deGrom, Chris Bassitt, and Carlos Carrasco. 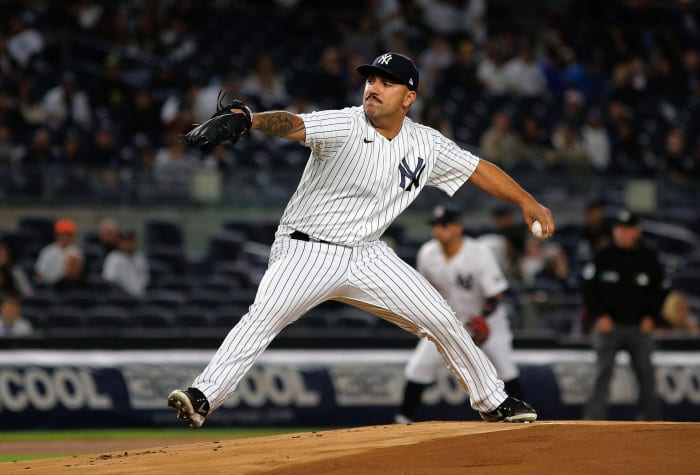 The “crafty” Cortes had a breakout season as a swingman for the Yankees in 2022, posting a 2.90 ERA in 93 innings. Still not arbitration-eligible until next year, Cortes could be one of the biggest bargains in MLB if he builds on last year’s momentum. 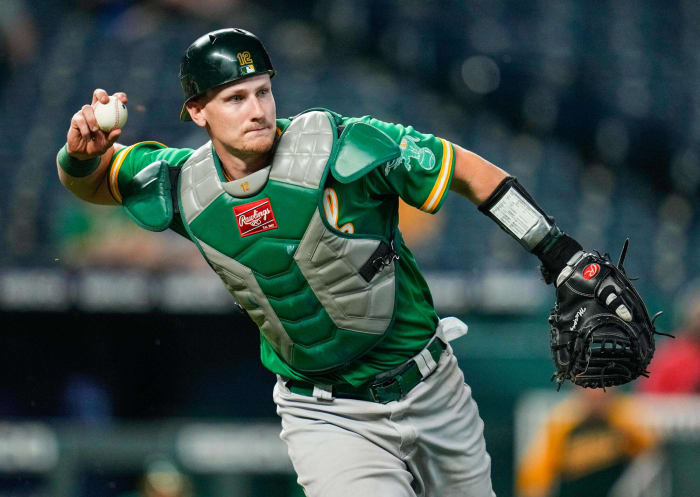 Murphy remains in Oakland for now, as the team is in the midst of a firesale. He hit 17 home runs while winning a Gold Glove behind the plate last year, and won’t be arbitration-eligible until next year. 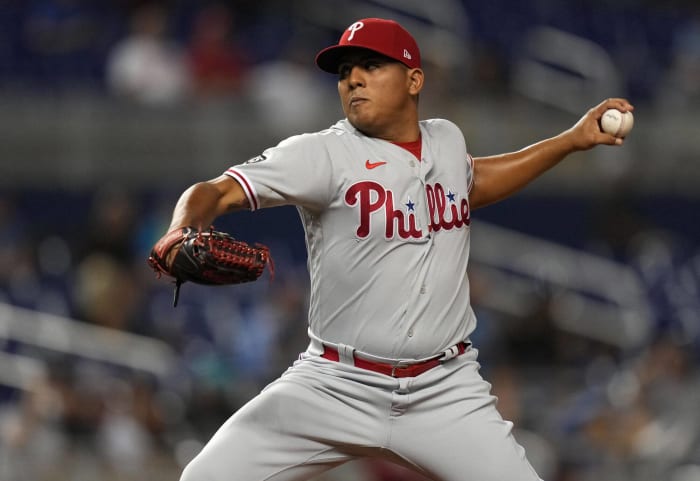 Suarez served in a variety of roles last year, including closer and starting pitcher. He showed off an elite sinker to produce a 1.36 ERA in 106 innings and should be a regular member of the starting rotation in 2022. Suarez will be arbitration-eligible for the first time next year. 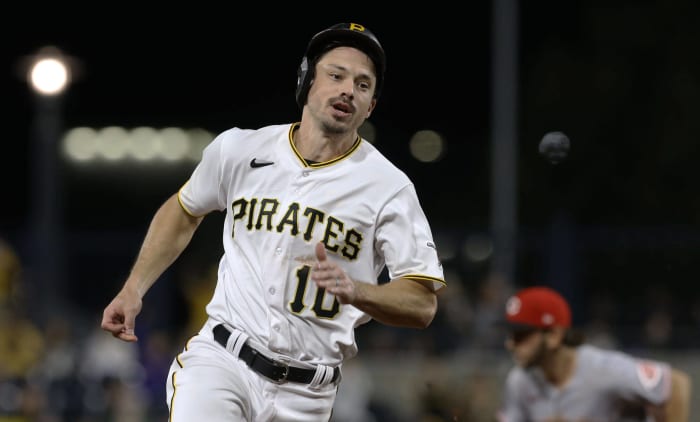 Reynolds is clearly the best player on the Pirates roster, making the All-Star Game while hitting .302/.390/.522 last season. With only three seasons under his belt, Reynolds will make less than $5 million in 2022. 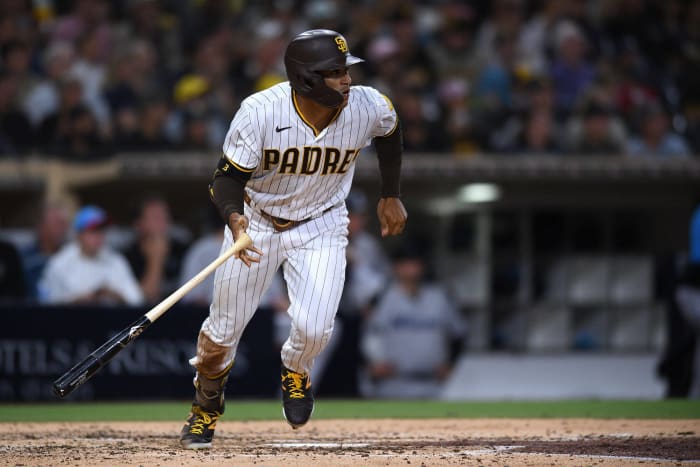 San Diego’s roster is littered with expensive players, but Grisham is an exception. He’s shown dynamic offensive ability while also winning a Gold Glove in 2020, and won’t be arbitration-eligible until 2023. 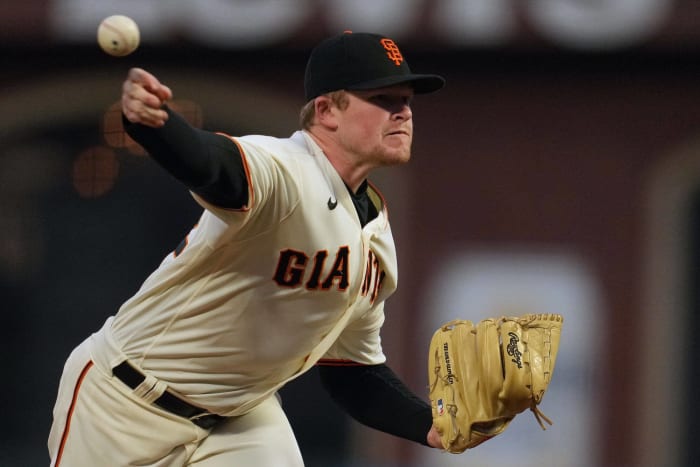 Webb established himself as an ace last year with an extreme groundball rate and elite changeup. He went 11-3 with a 3.03 ERA in 148.1 innings and isn’t arbitration-eligible until next year. 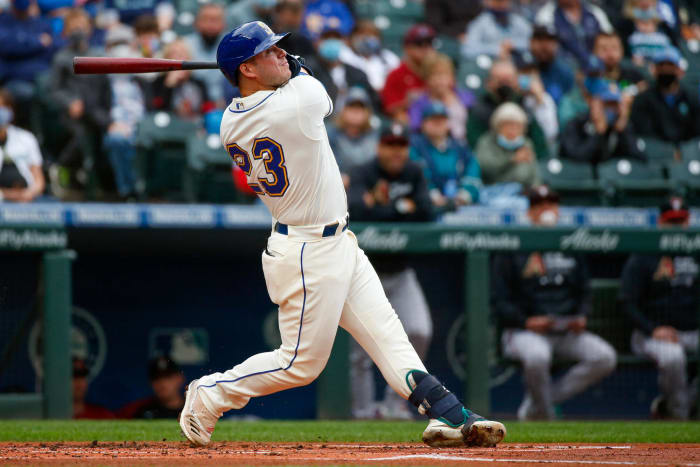 Seattle should be happy with France’s early-career development, hitting .292/.367/.446 in two seasons with the team. He’s expected to be their starting first baseman in 2022, and won’t be arbitration-eligible until next year. 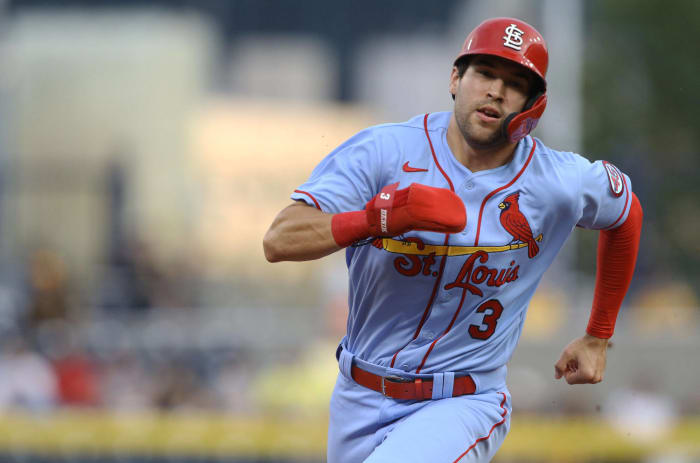 Carlson finished third in the NL Rookie of the Year vote last year after a strong season, hitting .266-18-65 in 149 games. A strong building block on the Cardinals roster, Carlson will be arbitration-eligible in two years. 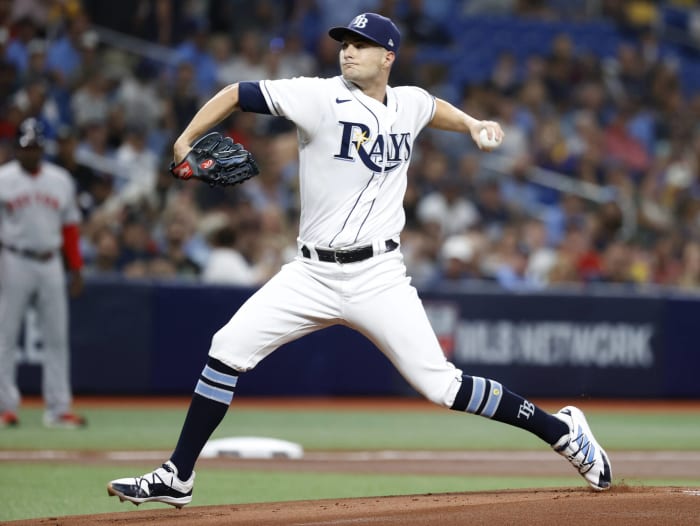 McClanahan showed ace ability for the Rays in his rookie season, going 10-6 with a 3.43 ERA in 25 starts. The lefty has two more seasons until he is arbitration-eligible. 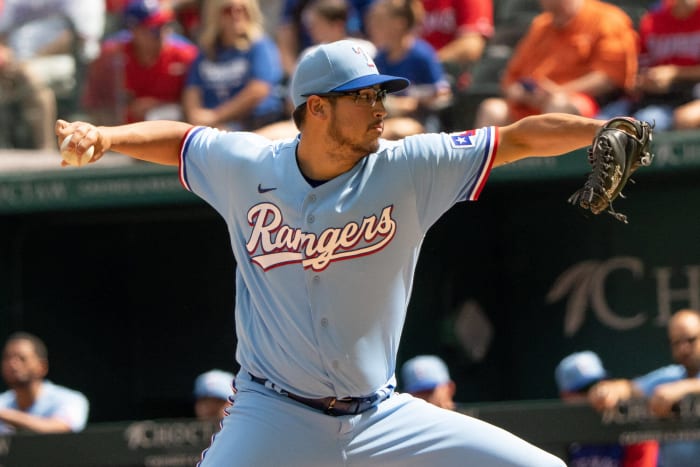 Dunning was handled with kid gloves by the Rangers last year coming off an arm injury but still had a strong season with a 4.51 ERA in 117.2 innings. The team has higher hopes for him this season, and Dunning has two years until he is arbitration-eligible. 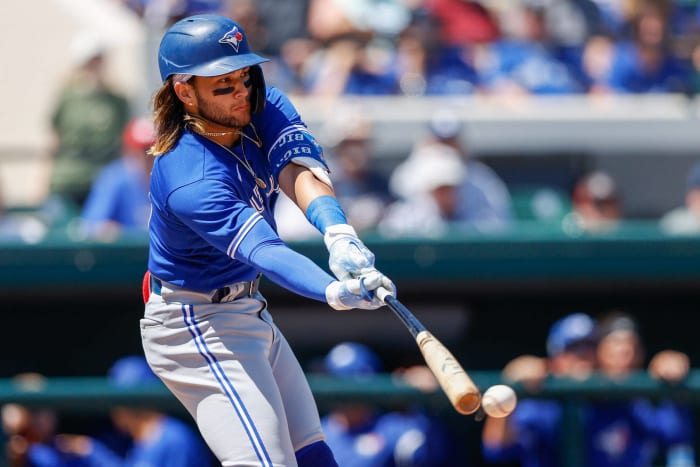 Bichette has emerged as a superstar early in his MLB career, making his first All-Star appearance last season. He hit .298-29-102 with 25 stolen bases, and the Jays don’t have to worry about him being arbitration-eligible until next season. 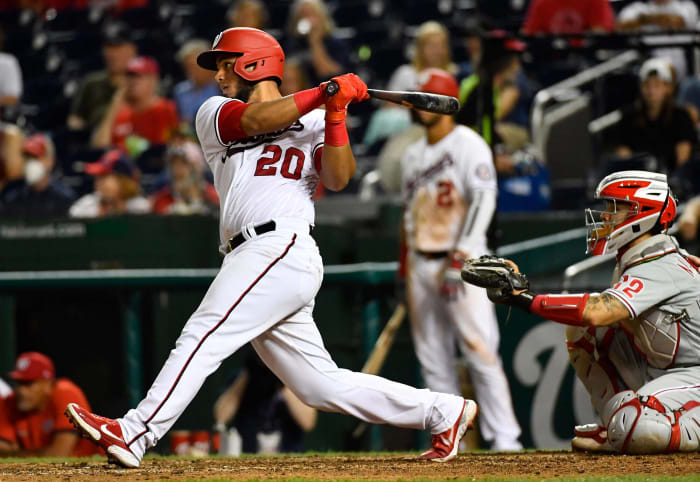 Acquired from the Dodgers last year in the Max Scherzer trade, Ruiz is Washington’s clear catcher of the future. He hit .284 in 89 plate appearances for Washington last year and will be making the league minimum this season while hitting in the middle of the batting order.

Angels Stadium Seating Chart details you should know before buying a ticket. Angel Stadium of...

Betting on baseball can seem confusing at first, but it's actually quite simple once you...

A’s Chad Pinder: Oakland is ‘a place that...

With Stephen Vogt’s retirement announcement last week, the A’s only have one impending free agent...

The Houston Astros have once again emerged as the team to beat out of the...

Uncertainty looms with Astros’ leadership despite

The Astros wrapped up the top seed in the American League Friday night, having...

For the second straight offseason, the Marlins will head into the winter needing to...

The Texas Rangers will continue to give a strong look to top prospect Josh...

The Seattle Mariners might have a few bleary-eyed players, and even some coaches, when...

Offseason outlook for the Oakland Athletics

The 2022 A’s were as bad as expected after trading away Matt Olson, Chris...
AngelsRisingLA Angels fans community

AngelsRising is an LA Angels online fans community site. On our web site you will find news, tip and stories about our only club. If you are an LA Angles fan, join us and share your love!