Perhaps the most famous minor league baseball player isn’t real. Kevin Costner’s Crash Davis from Bull Durham is a fictional icon who shined in the minors but only had a cup of coffee in “The Show.” There have been plenty of real-life Crash Davises.

Whether struggling in the majors or never getting the chance to play in the majors for an extended period, here are notable players in the MLB minor-league system who never enjoyed sustained major-league success, listed in chronological order.

Discrimination kept Stovey from playing in the majors during the late 1800s. However, it’s been reported through the decades that the New York Giants had expressed interest in signing the talented pitcher. Before eventually finding his way to the Negro League, Stovey starred for teams in the Eastern, International, New England, and Mid State Leagues. He won more than 50 games in the minors and was a pretty good hitter later in his career. 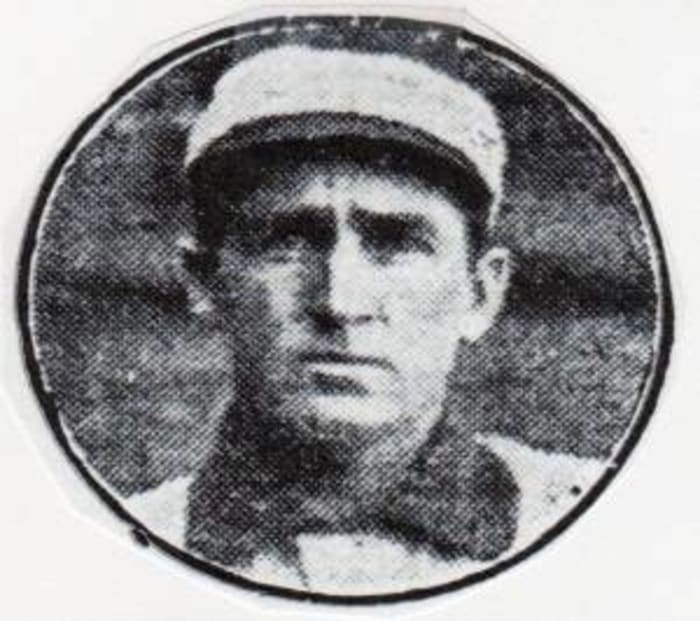 Thomas is one of the more interesting figures in professional baseball history. He won 76 games over 1,087 innings from 1903-05 while playing in the Pacific Coast League. That was good enough to earn him a spot with the Buffalo Bison, a big deal back when the presumed best baseball — including the major leagues — was played in the East and Midwest. However, en route to New York City via steamboat in 1906 with his new team, Thomas mysteriously vanished aboard the ship and was never found. 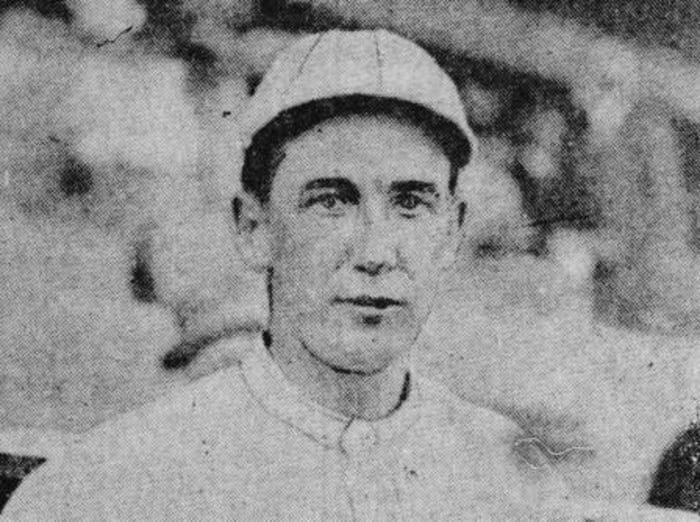 A Pacific Coast League Hall of Famer, Spider Baum might be the best professional ballplayer to perform on the West Coast. He played up and down the California coast and Salt Lake City. For his career, Baum is reported to have posted a 302-250 record on the mound, and according to MiLB.com, he posted nine 20-win seasons in the minors. Following his playing days, Baum remained in baseball as an executive with Salt Lake City and San Diego. 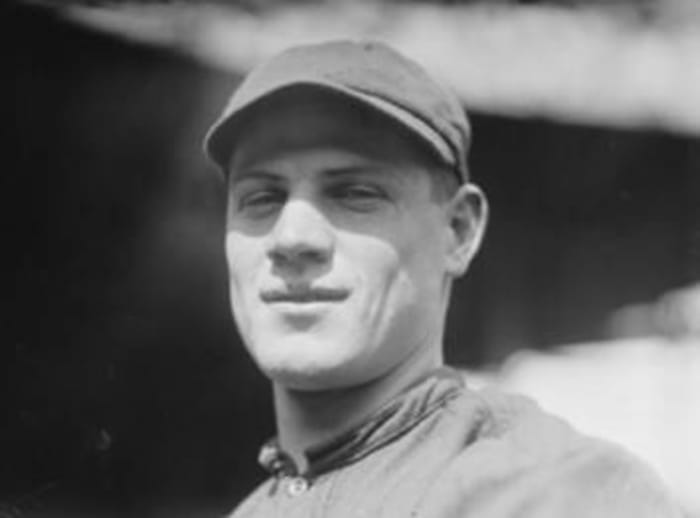 Strand spent parts of four seasons with the Boston Braves and Philadelphia Athletics, playing 96 games but batting just .244 without a home run in 219 official at-bats. When it came to the minor leagues, Strand enjoyed better days. During the 1923 season playing for the Salt Lake City Bees, Strand posted a then-record 325 hits. Three times, he had more than 220 for a campaign. In 14 minor-league seasons overall, Strand recorded 1,738 hits, including 300 doubles and 131 home runs. 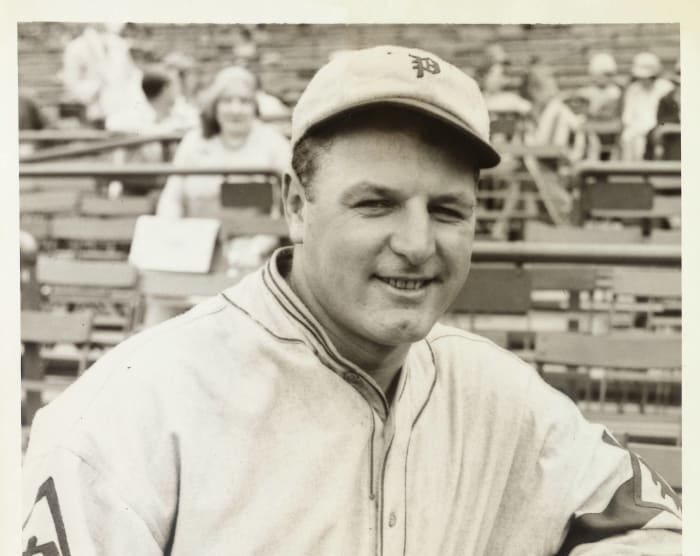 There’s no doubt that Buzz Arlett’s 121-game stint in the majors was a success. Playing for the Philadelphia Phillies in 1931, Arlett batted .313 with 18 homers and 72 RBIs. However, that proved to be his only major-league season. His work in the minors was more extensive. Often compared to Babe Ruth because of his 6-foot-4, 230-pound frame, Arlett was a beast with the bat. During a 20-year minor-league run, spent mainly with the Oakland Oaks, Arlett clubbed a record 432 career homers and whopping 1,756 RBIs while batting .341 with a .604 slugging percentage. 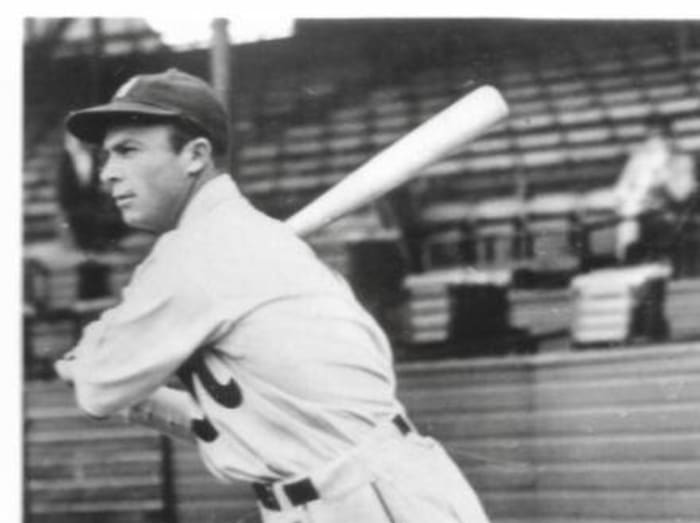 Harris’ major-league career featured 164 games, spanning four seasons (1925-’26, ’29, and ’30) with the Chicago White Sox, Washington Senators, and Philadelphia Athletics. He hit .249 in the majors but just three home runs and 46 RBIs. At the minor-league level, however, Harris played 26 seasons, covering more than 3,100 games. Harris hit more than 250 home runs, while also recording over 3,500 hits. During his final minor-league season in 1948, at 47 years old, Harris batted .339 in 45 games for Yakima and Marysville. 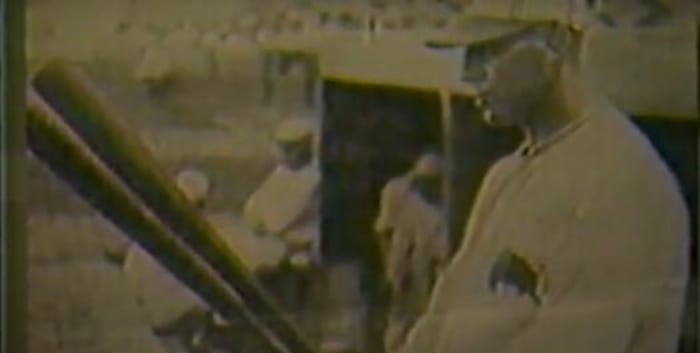 Carnegie was born in Pittsburgh but became a sports legend in the city of Buffalo (where he’s part of the Buffalo Baseball Hall of Fame). A member of the International League Hall of Fame, due to the success he enjoyed with the Buffalo Bison, Carnegie also played in the Michigan-Ontario League and the New York-Penn League. In 1,539 career minor-league contests, Carnegie batted .309 and slugged .548 with 1,665 hits, 231 runs, 297 home runs, and 268 RBIs. 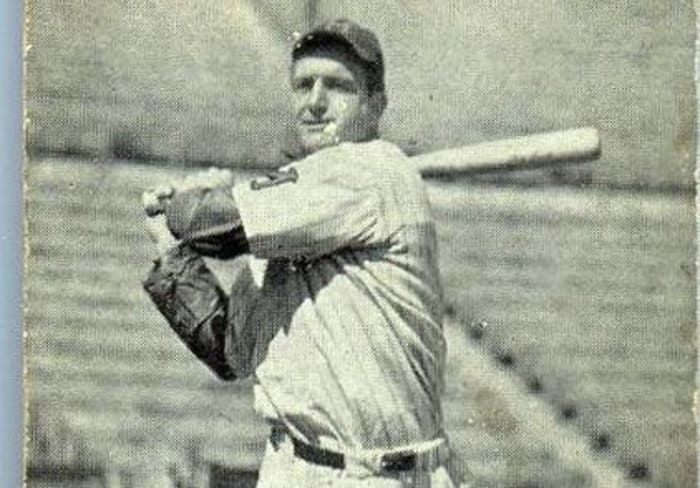 As baseball legend has it, Eckhardt is often credited with having the highest all-time professional batting average (.365) between the minor and major leagues. However, the “Ox” played just 24 major-league games between the Boston Braves in 1932 and Brooklyn Dodgers in 1936. He went 10-for-52 at the plate with a home run and seven RBIs in those games. Eckhardt played 14 seasons in the minors, but his inability as a fielder and lack of overall power kept him from more major-league time. 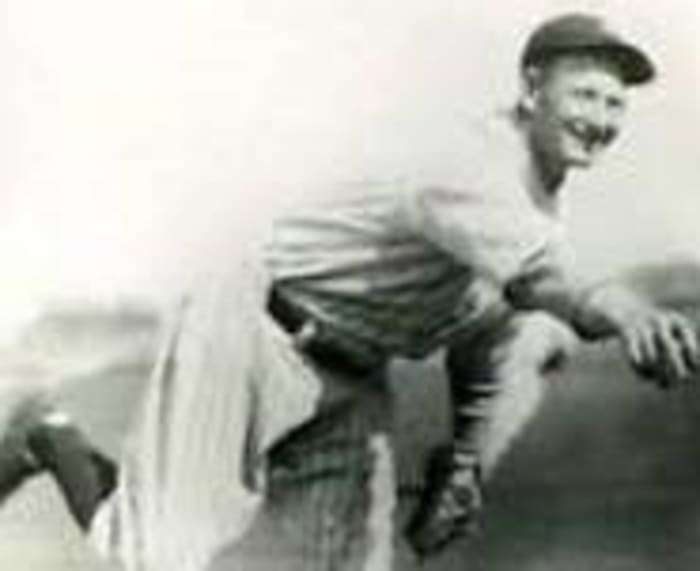 Diamonds in the Dusk

A career minor leaguer, Nell played off and on for nearly 20 years. Nell’s notable accomplishments came in 1931 when he clubbed 39 home runs in Double-A. He’s credited with more than 1,500 hits, over 300 home runs, and better than 640 RBIs. Those numbers make it all the more intriguing how Nell’s professional career would have played out had he been given a chance to showcase his talent on the major-league level. Nell also spent time as a manager. 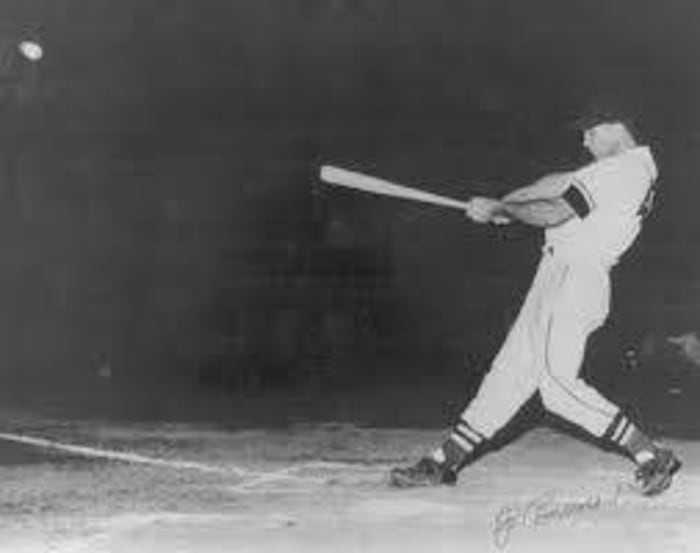 Bauman never made it to the majors. In fact, he only played one game in Triple-A, according to Baseball Reference. That said, Bauman could undoubtedly hit the baseball. During a nine-season minor-league career, Bauman clubbed 337 home runs, including a record 72 for Roswell in the Longhorn League in 1953. Bauman also posted more than 1,100 hits and batted .337 during what proved to be a rather fruitful professional career, even if he never made it to the bigs. 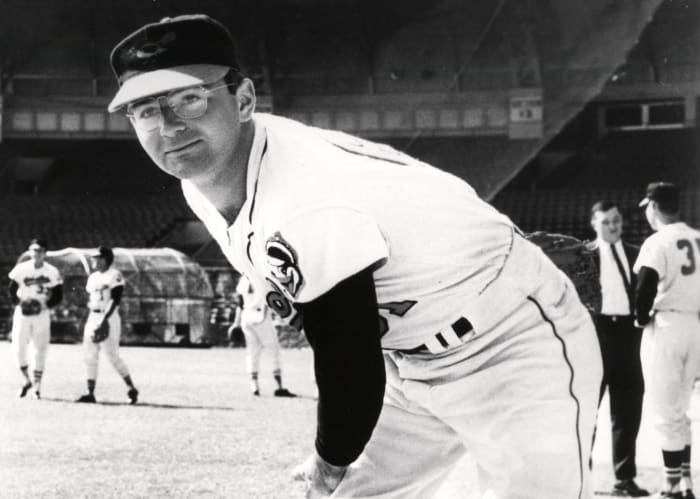 The hard-throwing Dalkowski was sort of a phenom as a young pitcher in Connecticut. The promise that surrounded Dalkowski as a major-league prospect landed him on this list. According to Bull Durham writer and director Ron Shelton, Tim Robbins’ Ebby Calvin “Nuke” LaLoosh was loosely based on Dalkowski, who had plenty of physical talent but struggled with his command and the mental part of the game. The late left-hander never reached the majors but spent nine seasons in the minors. Though Dalkowski battled injuries and alcoholism, he struck out more than 1,300 batters. 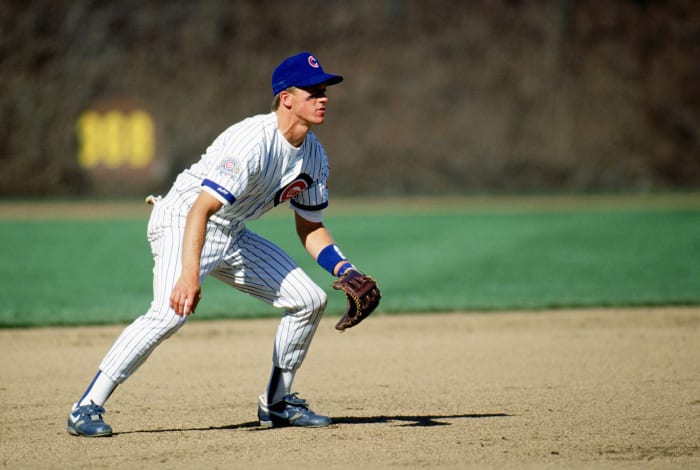 Twice during his professional career (1991, ’92), Scott was the opening-day starting third baseman for the Chicago Cubs. And in each season, he never played more than 36 games. In fact, Scott’s entire major-league career was confined to those two seasons, spanning 67 games with a career .160 average. Scott played eight seasons in the minors, four times hitting ten or more homers in a campaign and 59 total at that level. Scott was a .264 minor-league hitter and boasted a .925 fielding percentage over 755 games. 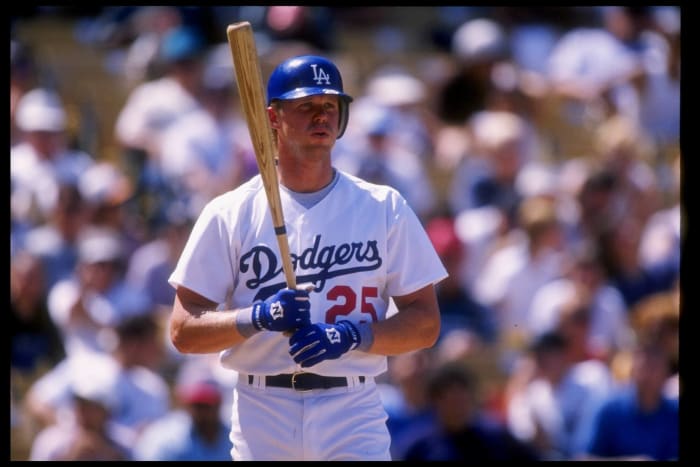 A football and baseball star at Iowa State, Busch opted for the latter as a professional career. However, Busch’s major-league run consisted of just 51 games during the 1995 and ’96 seasons. He went 22-for-100 at the plate with seven homers and 23 RBIs for the Los Angeles Dodgers. During his eight seasons of minor-league baseball, Busch clubbed more than 20 homers three times and hit at least .300 twice. Busch also posted better than a .900 fielding percentage at first and third bases. 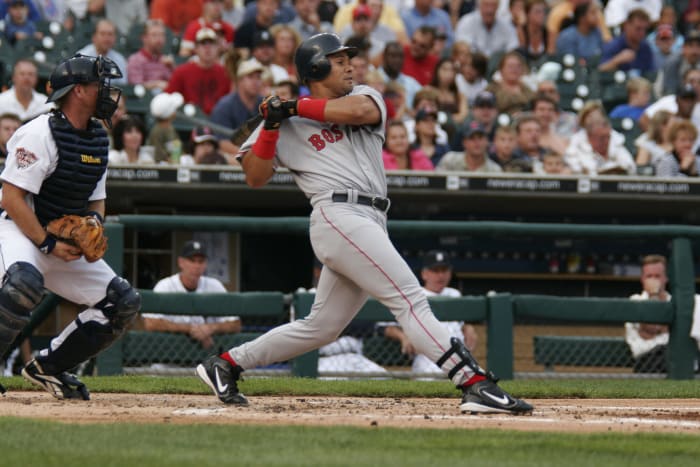 To date, Petagine is the only player in the history of the International League to earn MVP honors in back-to-back seasons (1997, ’98). As a minor leaguer in the MLB system, Petagine hit more than 130 homers and drove in more than 600 runs. He hit .307 during those seasons and also enjoyed extensive pro success playing in Japan. However, Petagine’s major-league career covered just 242 games for six teams over parts of seven seasons from 1994-2006. He hit just .227 with 12 homers while striking out 103 times in 366 big-league at-bats. 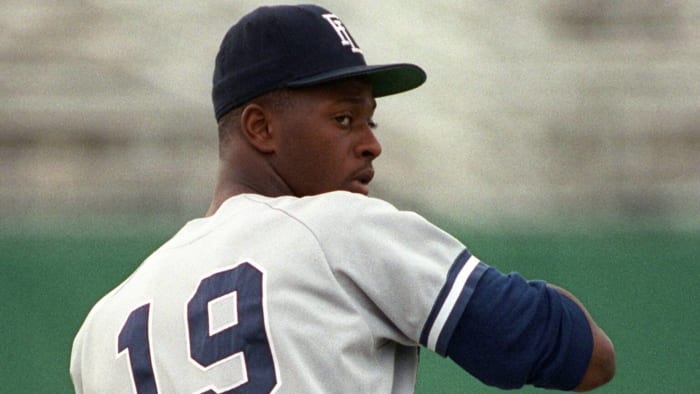 With Taylor, it’s a case of potential. His greatness never panned out on the professional level. Drawing comparisons to Dwight Gooden, Taylor was the first overall pick by the New York Yankees (with a $1.5 million signing bonus) in the 1991 draft. However, he never made it to the majors and was out of baseball by the new century. In between, Taylor showed signs of brilliance, recording 425 strikeouts, including 150 while going 13-7 at Double-A in 1993. Taylor suffered a shoulder injury early in his career and never really recovered. He finished his minor-league career with a 22-30 mark and 5.12 ERA in seven seasons. 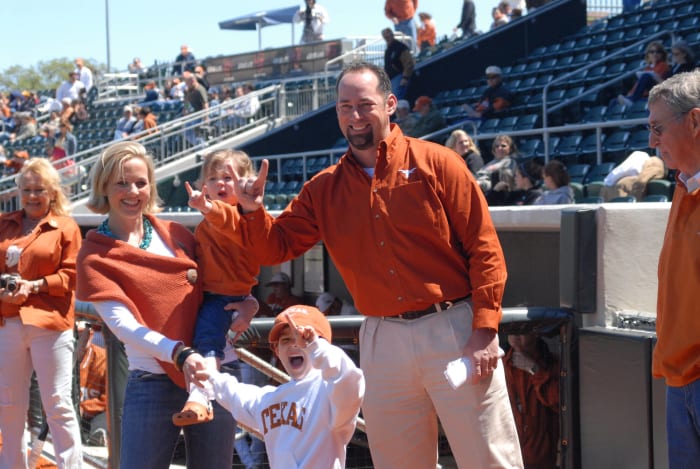 Kieschnick was one of the great college players of all time from the University of Texas, a prized prospect for the Chicago Cubs. He began his pro career as a position player before converting to pitcher. As a hitter, Kieschnick batted .248 with 16 homers and 46 RBIs in 306 MLB at-bats for four teams. On the mound, the right-hander went 2-2 with a 4.59 ERA in 74 career appearances — all out of the mound — in 2003 and ’04 for Milwaukee. In and around those MLB stints, Kieschnick spent 13 seasons in the minors, batting .279 with 164 homers and going 3-5 with a 4.77 ERA in 87 career pitching appearances.

Rangers out to stick to plan in series finale vs. Astros 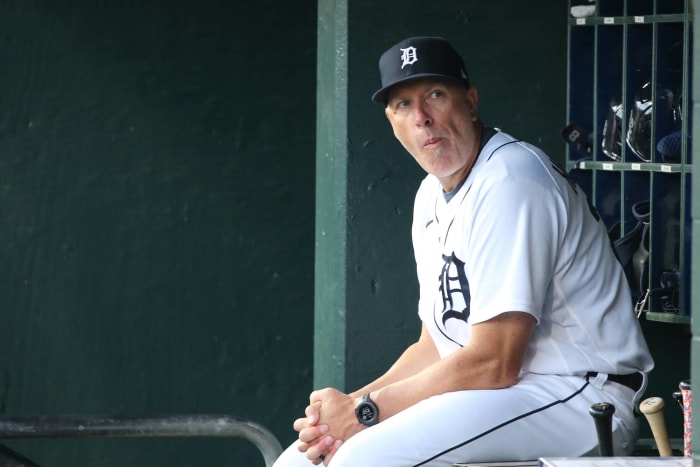 One of the great power hitters in the history of minor-league baseball. He hit a record 239 home runs in the International League and became the minors’ all-time home run king with 433 (topping Buzz Arlett’s long-time mark). Hessman hit more than 30 homers in a season three times, topping out with 35 for Oklahoma City (Pacific Coast League) in 2012. At the major-league level, however, the 6-foot-5, 240-pound Hessman went deep just 14 times in 109 games over five seasons (2003-’04, 2007-08, 2010) with Atlanta, Detroit, and the New York Mets. As of 2022, Hessman was the assistant hitting coach for the Detroit Tigers. 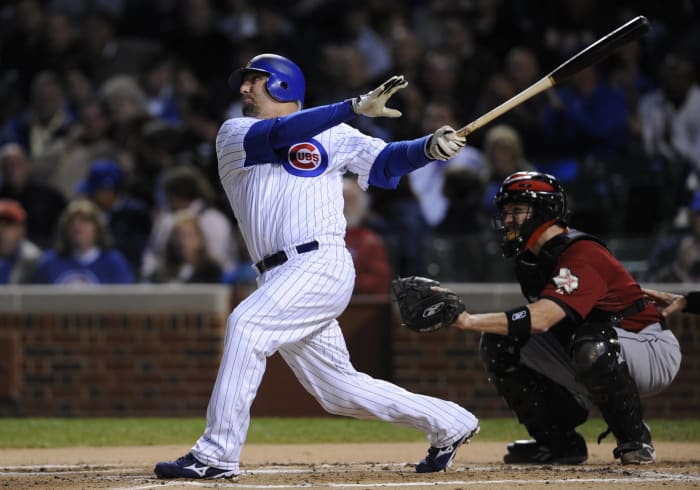 Fox had his moments while playing parts of four seasons in the majors (2007, ’09, ’10-11), but he never put more than 82 games under his belt in any of those campaigns. He homered 31 times and had 105 RBIs during his 2008 minor-league season. After belting 17 homers and 53 RBIs in 45 contests for Triple-A Iowa in 2009, he was called up to the Chicago Cubs, with whom he went deep 11 times and drove home 44 runs. Fox could never duplicate that major-league success while playing for Oakland and Baltimore but recorded 1,051 hits, 191 home runs, and 686 RBIs spanning 13 minor-league seasons. 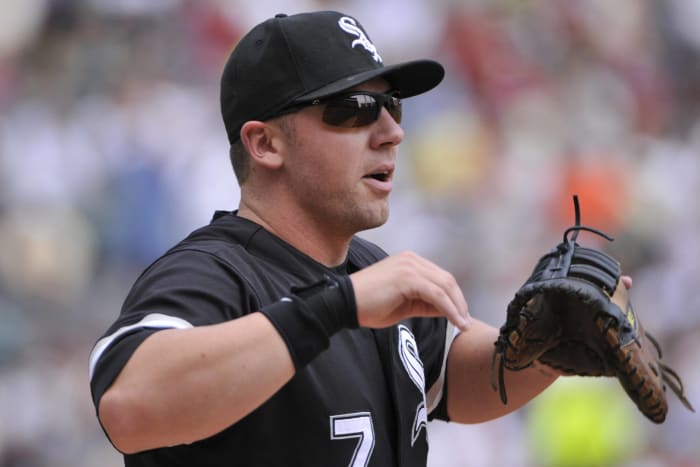 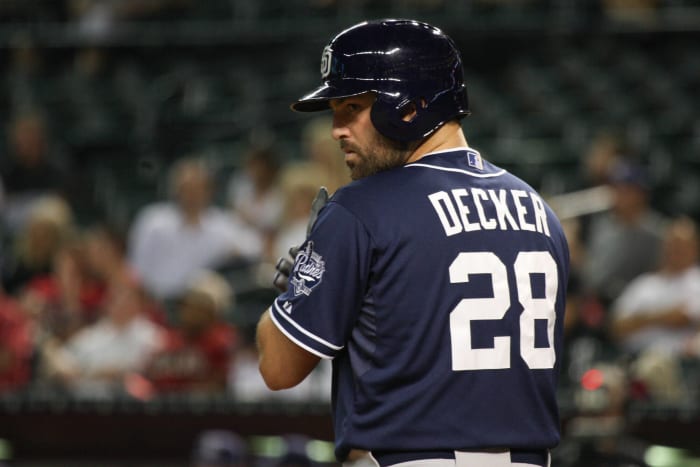 A star high school prospect from Santa Monica, Decker hit 204 home runs over 11 minor-league seasons. He was MVP of the Arizona League in 2009 when he batted .354. A .260 minor-league hitter, who also posted 645 career RBIs at that level, Decker saw action in just eight major-league games as a professional. That came in 2015 with the San Diego Padres, when he went 0-for-11 with five strikeouts. Decker also played internationally for Israel, notably during the 2017 World Baseball Classic.

Jeff Mezydlo has written about sports and entertainment online and for print for more than 25 years. He grew up in the far south suburbs of Chicago, 20 minutes from the Mascot Hall of Fame in Whiting, Ind. He’s also the proud father of 11-year-old Matthew, aka “Bobby Bruin,” mascot of St. Robert Bellarmine School in Chicago. You can follow Jeff at @jeffm401.

Angels Stadium Seating Chart details you should know before buying a ticket. Angel Stadium of...

Fenway Park is a famous baseball stadium located in Boston, Massachusetts. It has a capacity...

White Sox appear likely to move on from...

For the past nine seasons, Jose Abreu has been a White Sox mainstay, serving as their...

Baseball loves its numbers, yet none of the sport's squadron of calculators and array...

The Brewers have often been competitive without being big spenders. They fell off that...

Aside from a new manager, the White Sox don’t seem destined for a major...

The History of Dodgers Stadium Dodger Stadium is a baseball stadium located in the Elysian...
AngelsRisingLA Angels fans community

AngelsRising is an LA Angels online fans community site. On our web site you will find news, tip and stories about our only club. If you are an LA Angles fan, join us and share your love!